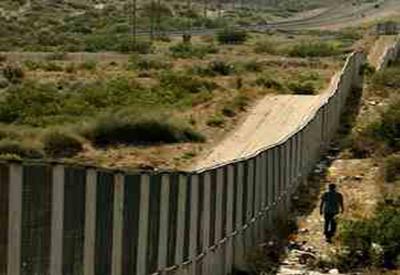 Immigration is a very big issue in this country with both dominant party lines split right down the middle.

The easiest way to address this issue, and many more, would be a new program called “polls with consequences”.

In a nutshell, a poll would be issued to an area of people, say D.C; if that area is pro-illegal-immigration, move all illegal immigrants to that area with the restriction that they must live there for two years. Studies should be done for that two years regarding crime rates, property values, etc. The individuals involved in the first poll will be given a new poll. This would drastically reduce the number of individuals who are pro-illegal-immigration.

It is easy for you to say “Let them cross” whenever you’re far removed from the area and in a protective little suburban bubble.  It is not-so-easy whenever it is your area and you do see the rise in crime and drop in property values.

How quickly do you think D.C. would shift to an anti-illegal immigration position if the illegals were dumped in their neighborhoods? Probably, the next day.

tl;dr;
“I’m for an open door policy” is easily said when that policy isn’t directly affecting the individual saying it. All I’m suggesting is to move that “open door” to areas where people are for that policy and then seeing, a short time later, if they really want that door to stay open.