Based on the question: I always wanted to be an entrepreneur and tried a couple of ideas, but failed. Is it a good idea to switch back to a job for now and plan for a startup some time later? 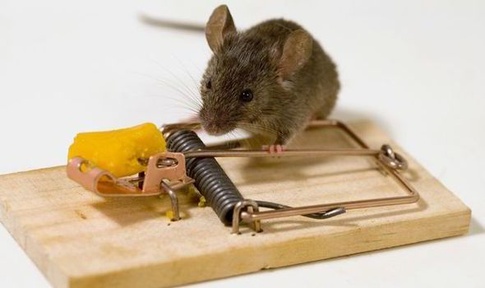 “I really want to do this, but due to circumstances I’ll have to get back to it later” ~ Most of the population

This question is applicable to many different things in life. There is generally something that someone wants to do, but they choose not to because they “need” something at that particular time.

We all start off with a dream; Something we really want to do above all things. Too many get caught up in life and “I really want to do this, but I need money now! I’ll go do this one job for a few years and then come back to it”. That instant gratification(cheese!) is met(trap is sprung), 30-40 years pass, and they’re retiring from what was initially supposed to be a temporary stop in the road.

Routine is a time sink… a trap. Most people get caught in it and decades pass before they even realize they’re really stuck. There is always an immediate need(cheese!) to be met and they always run to meet said need.

“If you can dream it, you can do it” is total BS. It is a half truth with a major stipulation attached to it. You have to work, sacrifice, and sometimes crawl through the worst of the worst to succeed.